Investing in the future of your community

Our local communities play a big part in what makes Armstrong so special. To honor these communities, we are sharing our Armstrong Coloring Book for our friends to enjoy. This book highlights some of your favorite locations in the areas we serve, as well as other images to help spark creativity. Please be sure download, print, and color these pages. Please share your works of art with us online!

John "Kirk" Beaver, a lifelong native and resident of Addison, New York, began his career at Armstrong in January 1985 as an installer and in line construction. Within his first few years, he became a system engineer where his responsibilities included the design and management of the outside plant and copper network for Addison and Duke Center, PA. Throughout his more than three decades with Armstrong, Kirk has built 100's of miles of copper and fiber plant. In 2016 he was promoted to Assistant General Manager, subsequently assuming the permanent role as General Manager in 2017.

Prior to Armstrong, Kirk worked for the New York State Parks & Recreations of the Finger Lakes Region and is currently an enthusiastic member of the Addison Area Merchants Group, where he has held the position of secretary for over 10 years. Kirk has local responsibility for the ambitious expansion project in coordination with the New York State Broadband Project, growing the original Armstrong footprint by more than 2000 fiber miles across five counties. This transformative project will bring state of the art, Fiber to the Premise technology to 1000's of homes, businesses, school systems and government agencies in communities that have, until now, been forsaken by the digital economy.

For customer migration and interfering station issues, a PUC or local service provider may contact the system General Manager. 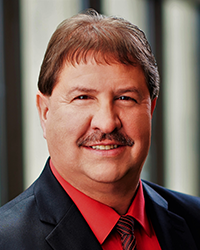 All of our convenient store locations

This website uses cookies to give our customers the best possible online experience. By continuing your visit to this site, you accept the use of cookies and other technologies including web analytics. We do not sell user information or share data with advertisers.

Check for Service in Your Location